Yesterday I led a memorial service, a celebration of life, for a two-day old.  It was excruciating, as you might imagine.  It was also stunning and beautiful, as you might not imagine.  Pain was real and evident, but more present was the love that surrounded these two parents and these three grandparents.

That service came on the tail of four other deaths in our congregation, all women in their 90’s.  Those deaths were sad, but not unexpected, and really, not tragic. My colleague’s husband finally succumbed to the cancer he fought bravely and vehemently.  That was awful, too.

A long-time friend of mine – would I call him a friend? – lost his battle to ALS.  We went to junior high and high school and college together, but we didn’t run in the same circles and we never really hung out, except for long drives across Texas to out-of-town debate tournaments.  Still, his death has hit me hard.  Maybe I’m facing my own mortality.  Maybe I’m owning up to the fact that we are mortal, after all.

Add to that the violent deaths in St. Paul and Baton Rouge and Dallas, and Baghdad and Nice; aging parents and more cancer and random car accidents and plane crashes: mortality is announcing itself, loudly and proudly, and I want none of it.

My daughter is fed up too, maybe not with death but with the professional call of her parents to deal with death and dying.  It feels like all the time to her.  Evidently there is some sound I make, some short expulsion of air, and a way I say “oh no” that makes her look up from her book or computer screen and ask me, “Who died this time?”

That’s a question I never asked my parents when I was ten.  My grandparents were alive and healthy, as were my friends and their parents.  No one I knew had cancer; no one I knew got shot.  A cousin I didn’t know died in a motorcycle accident, but that’s it.

Why do we have to die?  I know the answer to that, and I don’t know the answer to that.  I also know that getting each other through the grief of death while we’re still this side of the grave is one of the highest callings we have, which doesn’t mean that it’s all pretty and lovely and tied up neatly with a sweet little bow.  Grieving and sitting with the grieving is most often awkward and inconvenient, messy, full of swear words and uncomfortable silence and wadded-up tissues and casseroles that will be reheated for the week.

But then sometimes the light breaks in, through the stained glass window of a sanctuary, or across the row of crosses at a cemetery, or glistening on the water where ashes are scattered.  Sometimes laughter sneaks in, in gallows humor or a hilarious memory. Sometimes some a minuscule thing happens, and the grief is eased an iota, and the future shimmers for a moment with hope – a mirage in the desert of sadness while we wait for the real oasis. 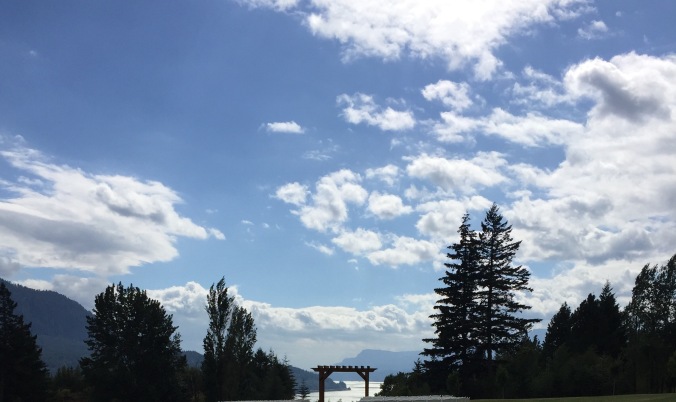 3 thoughts on “Mortal, after all”