Blessed are they who give all that they have in order to give life to vulnerable and endangered children.  See the Book of Exodus, Chapter 1.

You two. You two.
You spoke life to the depths of power.
You spoke courage to the one who embodied so much fear.
You were tricky, sly, play-acting-innocent,
And not for yourself,
Not for that day,
But for the future for others
Whose lives had just begun.

These two women, Shiphrah and her fellow midwife, Puah, epitomize for me courageous resistance that fights on the side of life.  Shiphrah is also dedicated to my amazing friend who became a foster mother and gave new life to her now-children.  I am in awe of the courage, strength, and love of all who choose to be foster parents.  I am grateful for the gift of life and opportunity they give to children.

The flowers around Shiphrah are Nile lilies, and the background design is a reference to that river on whose shores the biblical story takes place.  She is hold a basket woven of papyrus, and basket full of love. The symbol on her necklace is the Hebrew letter ‘p’ to allow Puah to be represented in the picture. 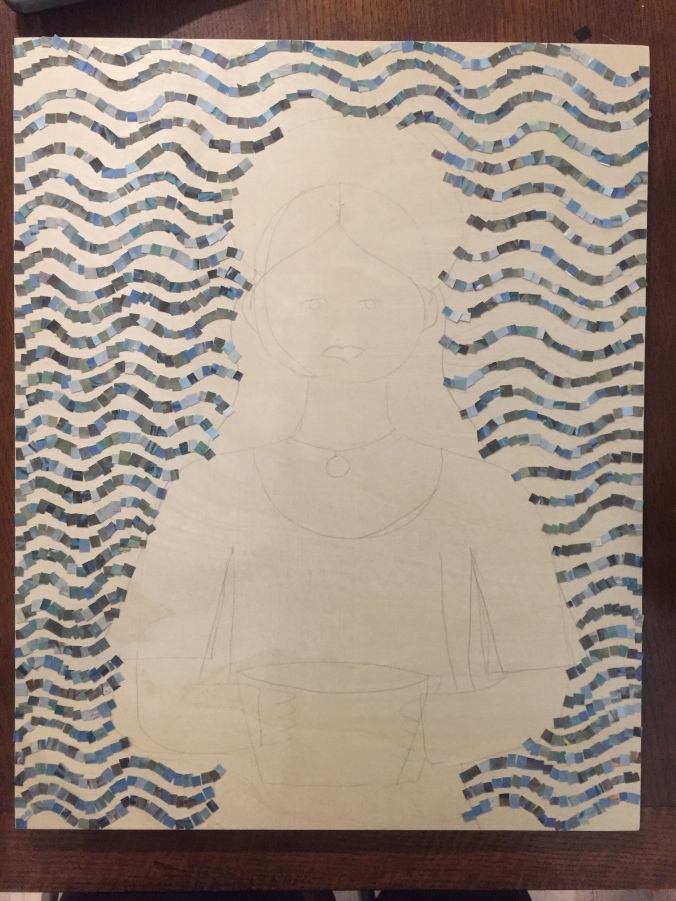