Beneath the wild beauty of Yellowstone National Park lives a supervolcano,  a cauldron of hellish gasses and liquid rock formed, in part, by the struggle between massive tectonic plates that vie for space under what we call Wyoming.  If that volcano were ever to blow – and it could – it would be the end of the world.  The volume of ash that would enter the atmosphere would cause climate change that would be catastrophic.

Now the odds of that supervolcano blowing in my lifetime or my child’s lifetime are pretty slim, but that gave little comfort to my daughter as we visited the park on our summer vacation.

“Mom, if the volcano blows, where is the safest place to be?”

“Well, honey, I think you’d want to be right in the middle, at the center of it, so you’d die quickly and not have to go through the onslaught of another ice age, panic, mayhem, and all of that.”

So there we were, on a beautiful August day, blithely taking pictures with our phones of the gorgeous canyon that belies the hell beneath it.  Later that day as I posted pictures on Instagram, I wondered about that – is it hubris to do something as mundance as taking a picture of a place that could cause the end of the world?  Do we realize how fleeting life is, and how powerless we are?

On this same vacation, we’ve been watching the Olympics at night.  Every one of those athletes is amazing, and the irony of snacking in a comfy chair while watching feats of strength, speed, and agility has not been lost on me.  It was last night as the women gymnasts competed on the vault and uneven bars, throwing their tiny, solid bodies into the air in crazy moves, that I thought of Instagramming the gates of hell.

Perhaps it is both hubris and courage that allows us to pull out our phones and take pictures of a volcano, and to train and work and compete as we push the limits of what the human body can do.  My family watched those gymnasts in awe – how can they do that?  Beyond the physicality of it, how do they summon the courage to bounce backward up onto a platform?

Vacation has been a time to marvel at the world in its creative, violent beauty; a time to marvel at those people who push the boundaries of human possibility.  So maybe, those two things will merge some day before the volcano blows: courage will meet catastrophe.  Who knows what will happen? 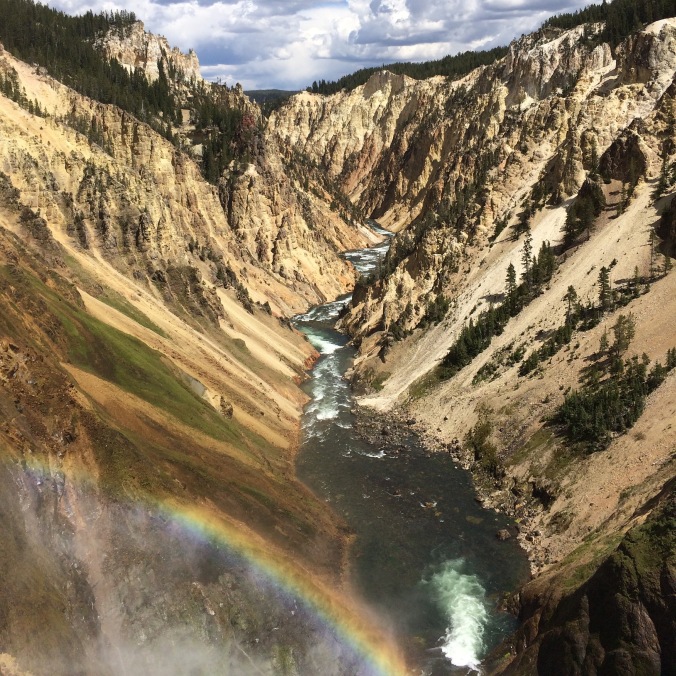