We were just about to enter the sanctuary with the Paschal light, when the pastor carrying the Christ candle turned around and said in a stage whisper, “Aaron is here.”  At first I thought he’d said, “Karen is here,” which I already knew – she came to church on Easter even thought her mother had died two days before.  I must have had a weird look on my face because he said again, “Aaron is here.”  And I knew that our second Easter service of the day would now be up for grabs.

Aaron is a familiar stranger around our church,  a man who is in his forties, maybe, who struggles with addiction and schizophrenia and homelessness.  He shows up now and then, during the week, sometimes on Sundays, and then we don’t see him for months, or even a year, and then he makes his way back to us.

So as I processed in behind the acolytes, my brain started going into overdrive.  Some of our regular folks would want us to invite him to leave.  Some of our regular folks would insist that he stay.  Who knows what the Chreasters or the first-timers would think.  During the passing of the peace, he moved from the side transept to the front row. He had plucked a big daffodil from somewhere, and it was pinned to his big winter coat.

We have a tradition of using dyed Easter eggs for the children’s time, and at the end, Aaron asked the pastor leading that part of the service for an egg, which he promptly ate –  who knows when the last time was that he had a decent meal. And then that pastor sat with him, and stayed with him for the rest of the service, offering comfort and community.

Aaron gave me a few chuckles and a few amens during the sermon, and during the prayers he waved his stocking cap at the joys and and moaned “mercy, mercy” during the concerns.  The pastor sitting with him was deeply kind; Aaron considers him a friend.

Just before the offering, I started to imagine Aaron as one of the disciples.  If I had seen Jesus die and then saw him again, I would doubt my sanity, or I might self-medicate.  Who was I to judge this man?  I don’t know all that has happened to him in his lifetime, what he has suffered, how many rejections he has known, what it’s like to live with schizophrenia.  Maybe his joy at our joys and his cries for mercy at our concerns was the most authentic response of the day.

When the offering plate came by, Aaron dug deep into his pockets, and dropped into the plate what little he had – a crumpled bill, some loose change.  If that doesn’t stop you short, I don’t know what will.

At the end of the service, the other pastor walked out with Aaron, and gave him some money and encouraged him to find some lunch.  “Most of the places around here won’t let me in anymore,” he said.  “Maybe Subway will.”

It was an Easter I will not soon forget.  I wonder if the risen Christ visited us anew.

And in the last day, this prayer (author unknown) has stayed with me:

O Christ, our familiar stranger,
You meet us on our way, and will not let us go.
As we wrestle with your truth, give us your unfathomable blessing,
So that, washed in love, we may lose our fears, and draw closer to you. 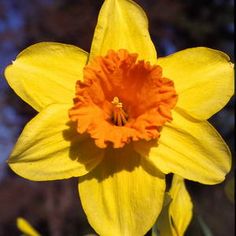 If it were the scent of spring
It would be the smell of packed dirt turned over, making room for those hearty early flowers,
Or the cut-back fern, prelude to the unfurling of her frond,
Or the smell of rain – not winter’s relentless rain, but the playful rain, hiding and seeking with the equally playful sun, not yet too old and mature for a good romp
Or daffodils and daphne.
But not lilies. Please, dear Lord, not the lilies. They are too brash and self-important.

Or if it were a sound
It’s the quiet of waking before everyone else
The whispered drip and gurgling steam of the coffee maker
The light scratch of the plastic Adirondack against the pavement outside
The silence of a lightening sky
The occasional dog jingling by, and a gently panting human.

Or if it were a feeling
It’s the scratch of crinoline in a dress no one wants to wear but everyone wants to see
The pinch of elastic under the chin, holding that hat on for dear life,
The feeling of that girl, miserable in her curls and sagging tights who’d rather be in the mud and the rain eating chocolate from plastic eggs.

It is the nap in the afternoon, and waking anew.

It is in the evening that it sinks in
In that dwindling light before sundown, slanting through the flowering plum

Then with the brass of the day past
Only then, after the celebration
(Those bossy lilies found a good home)
Then do I whisper:
Indeed. He is risen.

In my Ash Wednesday meditation, I admitted that I wasn’t all that good at spiritual discipline, or even following through on a particular Lenten practice, but my hope this Lent was to do two things: to be more kind to my family, and to learn more about the people who support Donald Trump is his campaign for the presidency.

As I understand it, one option for a Lenten practice is to do something that is not sustainable for the long haul.  I do hope that I will carry on a greater effort at kindness for my family; so far, it has been delightful and not too trying.

And learning more about the supporters of Donald Trump has been interesting and thought provoking.  And a little depressing.  Here’s what I have gleaned: that his supporters tend to be white, male, and blue collar workers with not much education past high school, if that.  There is nothing wrong with being a white male, or a blue collar worker, or having ended formal education at high school.  Some of the people I love most dearly in the world fit in those categories.

What is hard about all of this is realizing that I don’t know most of these people, that I don’t run in any of the same circles that they do, therefore I have little chance of changing their minds.  Because I would really like to change their minds.  I have this romantic little fantasy that if we could just sit down and talk and have a rational conversation, I could show them that Donald Trump will not bring back what they have lost, or what they think they have lost.

Yet reason will not prevail, I fear.  My hunch is that their support of Mr. Trump comes from a deep place of anger and loss that may have begun when Barack Obama was elected president but probably began decades before that.

Still, Jesus calls me to reach out to those on the margins, and I think the supporters of Donald Trump feel that they have been on the margins of the American Dream for too long.  I would argue with that, but am I called to argue or to listen?

In the end, I am comforted that Donald Trump only has one vote, and I only have one vote, and I know I will not use it for him.  Lent will end soon, but I suspect I will continue to read about this presidential race and the candidates and their supporters.  I suspect, too, that I will not find much hope in any of that.

I find my hope elsewhere.  I am ready for Lent to be done and for Easter to arrive.